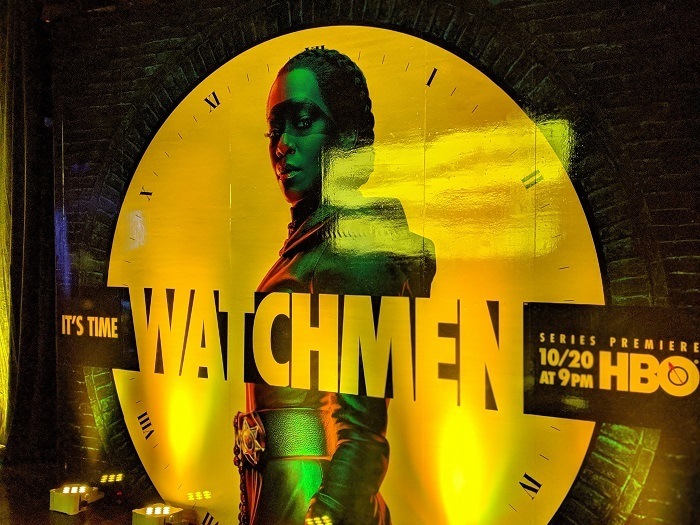 HBO is a household name associated with premium content, with its own marketing machine worthy of its titan-sized contributions to pop culture. At the same time, the marketing teams at HBO know they aren’t the end-all be-all of getting new shows into the hands and minds of all its target audiences. This was especially true of the channel’s new efforts to introduce more-diverse, Black-led shows, ones creatively driven by social issues felt deeply by Black audiences. Knowing that they could use some help reaching more diverse communities and generating hype for its new Watchmen series, HBO reached out to small agencies deeply embedded in the community.

HBO tapped Consciously and our media partner Black Nerd Problems to assist with event promotion and cross-collaboration with Black influencers in the comics, sci-fi, animation, and cosplay communities. We collaborated with the popular blog community at Black Nerd Problems to create content and help promote events designed to get people not just watching but talking about the new Watchmen series. The collaborations gave the show the opportunity to feature more prominently on people’s “must watch” radars, while providing a platform for the outstanding work of the folks at Black Nerd Problems to have their own impressions and anticipations about the series heard widely.

First published in 1986, the Watchmen comic was a punch to the gut for readers across the globe, as well as publishers. It completely upended our conception of superhero comics while holding up an uncomfortably sharp mirror to the behavior of own society writ large. Distinctly focused on the neo-conservative, economy-first politics of the Thatcher/Reagan era, the comic has nevertheless had a lasting impact through its forward thinking commentary and criticism-by-allegory that pulls absolutely no punches.

Recognizing that the original Watchmen had cachet precisely because it had something to say about its own era, HBO sought to make its new Watchmen spinoff series every bit as thought-provoking and worthy of discussion. The show creators and head writers spun an ambitious tale of a future America where the issues of our own past and our present manifest visibly — and ominously.

In short, like the original comic, the new show was designed to get people talking. To get the conversation started, HBO partnered with organizations like Consciously. We were tasked with helping work alongside prominent influencers and trusted voices in the Black “nerd culture” circle to create content and facilitate events discussing the show.

One partnership we formed was with the website Black Nerd Problems (BNP), which predominantly features young, diverse and PoC voices talking about the things they love most: comics, superheroes, sci-fi, speculative fiction, cosplay, anime, and more.

BNP describes itself as a “site and a social media destination hypes, reviews, and criticizes pop culture from a Black perspective. We speak from our varied individual Black experiences, with room for other people of color, about the things we’re passionate about.”

Another major task at hand was implementing our proven content production system to amplify the value created Being a deliberate product of the now, the new HBO Watchmen series straddled multiple interest categories and genre lines. Our goal in creating events and partnering with influencers was for everyone in these various culture/interest camps to hear about the show and understand how much promise it offered. We helped throw a promotional event in Atlanta which offered a live pre-screening of the first episode. The screening was followed by a panel hosted by “the peerless Kid Fury,” as BNP editor in chief calls him. Over 400 people attended the event, who also helped spread the reach of the show through their own social media postings and reactions.

The Atlanta event followed a screening hosted at Comic Con, where BNP writers were also present to watch and help discuss. Consciously helped strategize, execute, and promote both events while creating thoughtful content around them and the launch of the show itself.

Refusing to steep itself in the exact kind of nostalgia the original Watchmen parodied, HBO’s Watchman managed to be both provocative and engrossing. The goal of bringing the show to diverse audiences and getting them talking was helped along by thoughtful promotion, collaboration, event marketing, and content creation facilitated by Consciously and other partnered companies. We were honored to be there to help give such a creative and kickass show the attention and fanfare it deserved.