Brooklyn Boulders generated substantial favorable press when they launched, quickly becoming the highest profile indoor climbing gym in the U.S. But good coverage turned to negative perceptions that grew amongst online communities. Ownership was looking for a way to not only stem the tide of negative perception but give its community a way to communicate better with staff.

Consciously performed brand and image research with an emphasis on ways to improve diversity, equity, and inclusion (DEI) values contained within the business model. Our solution was to provide the community with a strong, direct voice to communicate with BKB ownership. To help Brooklyn Boulders fully engage their community we created a digital platform that would allow for constant communication from community-to-staff and within the community itself.

Giving the community a louder voice paid off by allowing individual voices to be empowered rather than to feel ignored. BKB’s new platform allowed for community members to share events, blog posts, feedback, and new ideas. This communication improved customer engagement on other platforms and led to increased positive sentiment.

Brooklyn Boulders emerged in the wake of a new movement to give urban dwellers not just a place to exercise but also a community and a lifestyle. The climbing gym quickly built a loyal following, and early successes were compounded once new locations were opened in Queens, Boston and Chicago.

Unfortunately, positive online buzz migrated to negative, as controversies involving the treatment of staff grew. Consciously was engaged to perform a thorough reconsideration of the company’s values and to develop a digital strategy for improving community perception.

Building an online communication platform also allowed the community to coalesce in one space online. Rather than fracturing communications across dozens of platforms — where BKB had little control over the medium — all communications could stem from this one source. Then, chatter on platforms like Twitter, Facebook or online reviews could reflect the most accurate, honest and up-to-date information being generated by the community. In this way, our team aimed to make individuals happier with the BKB ownership by making the community stronger, more organized and more vocal.

The platform was launched, and it instantly found an audience. Community members could hear from staff and leadership, and they could talk amongst themselves freely. Gym activities could be organized, and members could discuss aspects like wall resets or challenges like partnered climbing.

Giving the community a platform allowed itself to police its own members while amplifying influential voices that deserved more attention. By creating a place for everyone to engage, Consciously allowed for more positive sentiment to flourish — and any constructive criticism to find its way to those with the power to make changes. 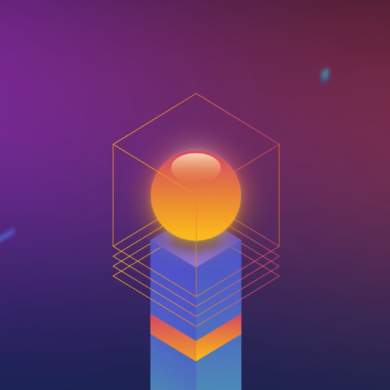